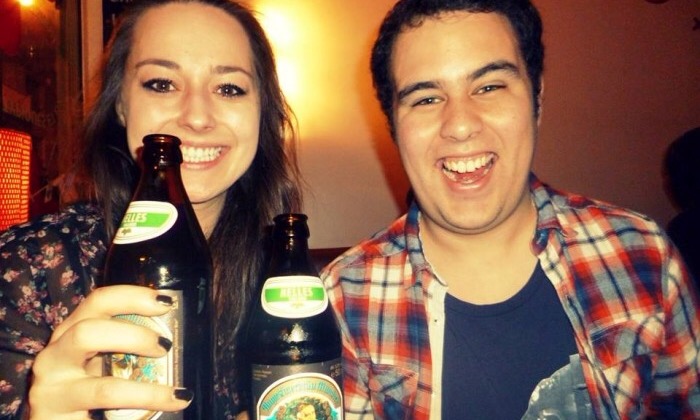 Why Erasmus is One of the Best Things You Can Do!

So, you’ve started your Erasmus year but you still feel like a newbie? Or maybe, you’re thinking of going on an Erasmus exchange but you’re not sure what to expect…
Not to worry! Hmsies is here to give you tried and tested advice you will not find anywhere else. Speaking from our own experiences in Germany, here are some of the things we learnt during our Erasmus year, such as how not to lose all your Erasmus money, what happens on an awkward German date and why ordering a pizza abroad may not be as simple as you think. What are your stereotypes about Germany?
Firstly, when moving abroad, be prepared to have stereotypes of the host culture torn apart and dispelled into the trashcan of life. This is great for getting rid of those bad stereotypes like “Germans are the least funny people in the world”, but unfortunately it also does dispel some of the more positive stereotypes, like everything in Germany is super-efficient and everything gets done on time, bish bash bosh.
In Germany for example, you realize everything has very strict rules, some of which you’ll only get if you pick up some of the local lingo, and you’ll often come to find that these rules are very strange, like not being too friendly with a policeman, no dancing on certain days of the year, paying for a TV license even if you don’t have a TV and having to wait at pedestrian crossings even when there are no cars around during hurricane season.
Not long after starting Erasmus, one word we started to get sick of hearing was the word “Versicherung”, or “insurance” in German. Annoyingly, not long after starting his year abroad, Jasper wanted to open a bank account but he couldn’t do so without taking out loads of insurance. Accident insurance, home insurance, life insurance. You name it, they’ll probably try and foist it on you.
They may even have insurance insurance if you ask. Seeing though as the bank staff are only allowed to speak to you in German, you have to have your language skills up to a good level so that you know what you are getting, rather than just nodding and saying “ja” to everything, and then wondering why all your Erasmus loan money has disappeared into some insurer’s bank account somewhere. Careful on this one!
Also in Germany, be prepared to have very different experiences of nightlife depending on where you are. For example, in Munich where we spent our year abroad, we struggled to find anything that wasn’t bog standard electro, which everyone seems to love (either that or they’re just not musically interested), whereas in a place like Berlin, the punk and rocker scene as well as techno is very much live and kicking.
But this is another example of why good language skills are good for a decent night out – a few days into Erasmus, Olesya thought she was going to a club called U18, but it actually turned out to be a shortening of “Unter-18”, meaning she found herself going to some underage disco. €10 well spent? Perhaps not on the night, but certainly worth it in those funny experiences.

Here is one of Jasper enjoying his Erasmus party!
And hopefully after a good night on the town, you’ll have picked up a number of someone special and invited them out on a date. This can certainly be tricky if you don’t have the language skills behind you, as Jasper quickly found out when he found himself running out of things to say, despite having all these things he actually wanted to say.
Olesya did not have much luck either with one date completely misinterpreting a joke. On that particular day, she was feeling pretty under the weather and needed to get some medicine from a pharmacy. She joked that instead of going to their lunch date as originally planned, they should instead have lunch at a pharmacy, only for him to take it perhaps a little too literally and informed that the pharmacy doesn’t serve any food (unsurprisingly…).
After a reasonably successful lunch, he took her to a local bookshop, bought the latest read and went off together to the English Gardens, only for him to then start losing himself in a 300 page book on a park bench. After half an hour or so, he decided the date had ended and decided to go home, leaving a very bemused Olesya to soak up some of the sun that afternoon.
Of course, whilst on Erasmus, you will be wanting to try out the local cuisine that is on offer. Be careful though with what you order because what you may read on the menu may not be the same as what comes out on the plate. For example, Jasper ordered a “pepperoni” pizza not realising that the German word “pepperoni” is what the English-speaking world would actually call “Jalapeno”, so he found himself with a pizza covered in spicy japapenos rather than the pepperoni (or salami) he was expecting. Therefore, Hmsies has since then stuck to good old sausages, schnitzel and beer.
Of course, if you are in Munich, trying out the local beers is a must! There are 6 breweries in Munich and many more in the surrounding area and you can get a pick of lager beer, wheat beer, dark beer, beer with lemonade, wheat beer with lemonade, extra strength beer, the list goes on. So, hopefully you’re not watching your waistline too much, because the German diet isn’t for the health-conscious.
For those of you who want to burn off some pounds then you’re definitely in the right place in Germany. Many people here go jogging, swimming, ice skating or to the gym pretty regularly and it is always a good way to meet people and to have fun. Hmsies decided it would be a good idea to go swimming in the evenings, but with Jasper tending to swim for the purpose of working out, it’s very difficult swimming when there are no swimming lanes. This means that you’re constantly having to dodge other swimmers coming from all sides and you can never really get into a rhythm, so Jasper is quite keen to blame this for putting on a good bit of weight since moving to Germany!
Hmsies enjoying Augustiner
At the end of our Erasmus year, Hmsies gained many interesting and great experiences, most of which we would never have got if we didn’t go on Erasmus. It’s only when you live somewhere for a long time that you really get to experience what the place is all about and learn a lot about yourself at the same time.
We learnt a lot in the way of truly living independently, making friends from all over the world and trying to do what you want with potentially limited language skills. Your Erasmus year is really what you make of it so grab all the opportunities that may come your way and experience all that Erasmus has to offer. Hmsies taking in the beautiful sights of Munich at Olympiaberg
If you have ever thought about living or traveling abroad, hopefully you are inclined to do it because, trust us, there will be no shortage of funny stories and great experiences to share. For those of you who have or are living abroad – share with us your most memorable or funny moments below.
Hmsies is a blog by two former students who caught the Erasmus bug and decided to live life in a foreign language! Jasper is now based in Munich and Olesya in Paris yet they both collaborate to write about their funny experiences abroad as well as some of the more general musings. You can read more from the Hmsies by going to their blog here!

← 5 reasons why learning languages makes you sexier when you travel! Why I decided to travel all the countries (and regions) of Europe! →