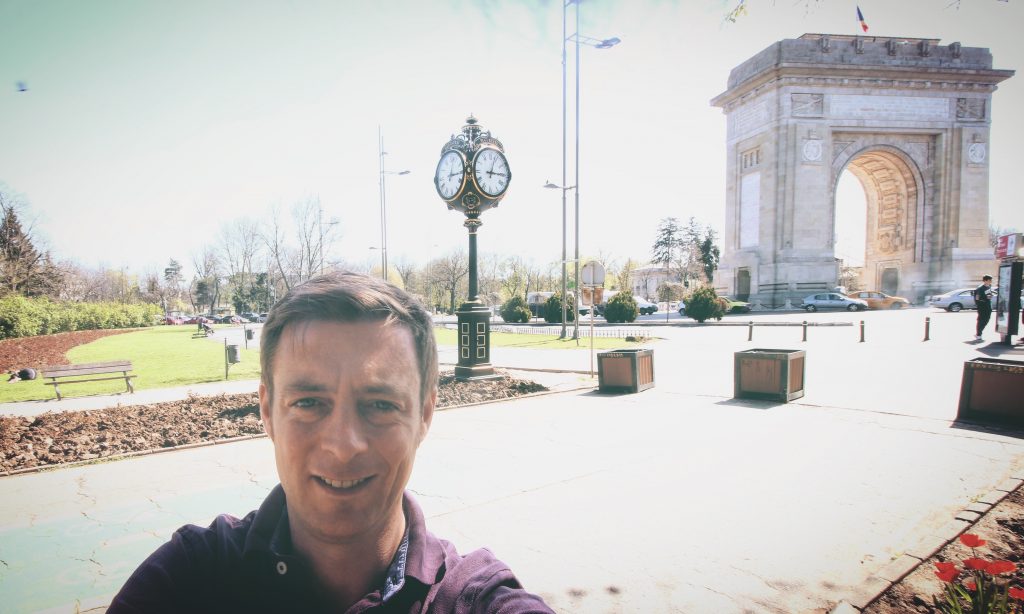 Recommendations of an Irish vlogger to foreigners visiting Romania

“The historic center of Bucharest (Centru Vechi) is a tourist trap”

Calin: Hey Conor! Your YouTube channel, Language Tsar, which focuses on languages and travel now has quite a few videos about Romania. Is our country becoming a theme for your travel vlogs?

Conor: Most certainly! Although more of my travel videos are shot in Ukraine, the viewer figures for my Romania travel vlogs have been growing steadily. Foreigners are becoming more and more curious about Romania and what it would be like to travel here.

Calin: Why do you think that there has been such an increase in interest in visiting Romania from abroad?

Conor: The availability of cheap flights from Western Europe to Romania has dramatically increased in the last few years (roughly 10% per annum from the figures I’ve seen). Originally these flights were targeted at Romanians wanting to travel westwards. Of course, these flights also bring Romanians home so now foreigners are taking advantage of the cheaper opportunities to visit Romania.

Calin: Is the image of Romania changing for the better? If so, what do you think is driving this more positive image?

Conor: The title of my latest travel vlog from Romania tells you that I was aiming to answer a question that I am often asked about visiting Romania, is it that safe in Bucharest? In particular, the British media has painted a selectively and biased view of Romania as a country of beggars and thieves. While there is some of this in Bucharest, it’s not any more dangerous than traveling in general in Europe. There’s clearly some work to do on Romania’s image abroad but the more people meet Romanians in real life or visit the country in person, the easier it will be to communicate a more accurate image of the country.

Calin: Your last travel vlog was about Bucharest. What parts of our capital do you enjoy spending time when you visit?

Conor: I normally hit some places that I enjoy near to the Centru Vechi but not in it. Centru Vechi has unfortunately become one of my least favorite places to hang out in. Nowadays it’s very touristic there and the quality of the bars, cafes and restaurants has dramatically decreased. Moreover, a lot of the better places have moved out of Centru Vechi in the last few years. ‘Tourist trap’ with fast food joints and seedy strip clubs is my overall impression of it in general although there are some notable exceptions like Caru’ cu Bere that I still like to go to occasionally.

I love going for a run in Herăstrău Park in the mornings and Floreasca/Dorobanti has better restaurants and a more local atmosphere than Centru Vechi but I actually spend quite a bit of time near Universitate working from the cafes there on my laptop.

Calin: Which cities and regions have you made travel vlogs about so far and what is still to come?

Conor: Over the past year, I have vlogged from Bucharest, Constanta, Bukovina and Transylvania but that is just the beginning … Maramures, the Danube Delta and Timisoara are all on my vlogging list. :

I’m particularly intrigued by the delta. It’s a unique part of Europe and so far I’ve only visited it briefly off-season on the Ukrainian side. The delta currently has poor connections without an international airport, which makes getting there tricky but with the most unique biodiversity in Europe, it’s really a must-see for me. As most of the delta lies in Romania, I’m really excited to be visiting it for a week or so in the early summer this year. Moreover, the resort at Gura Portiței also looks like a beautiful location to film from.

Calin: I see that you have a very popular video on your YouTube channel about Ukrainian girls in Odessa. Romanian women are also famed across Europe for their beauty. How come no video about our ladies?

Conor: Yes, that video in Odessa is currently the most popular on my channel. It’s prompted me to make a series of videos on the same theme in the early summer across Eastern Europe … including Romania, of course!

So stay tuned! I will make some videos here on this topic as well and no need to worry … my romance with Romania is only just beginning! 🙂 ← An Irish vlogger came to Transylvania to "kill" Dracula How to travel visa free to Belarus, Ukraine, Russia and Moldova on a North American or European passport →