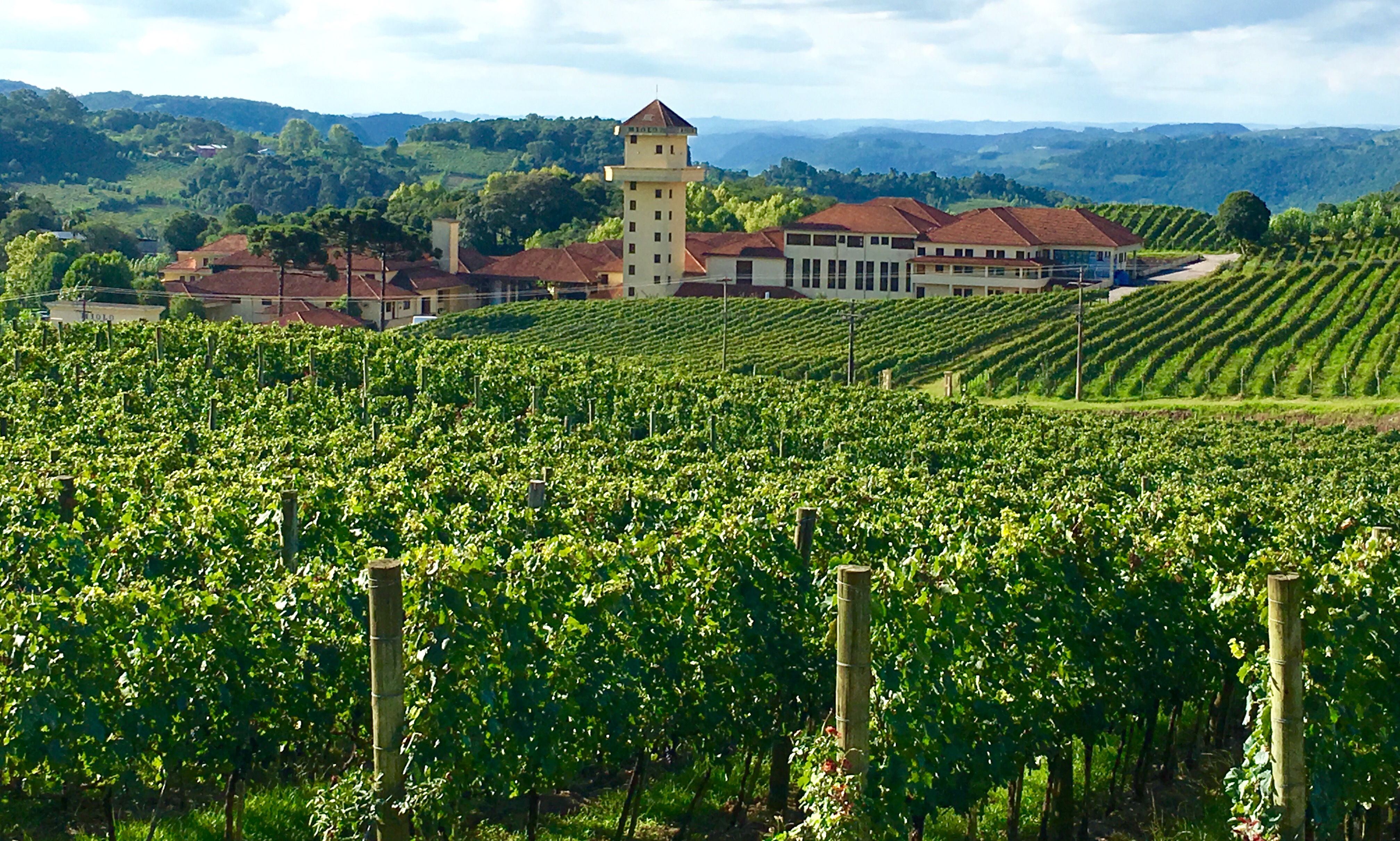 Brazilians of Italian descent make up a large percentage of Brazil’s population (somewhere between 10-15%). Italian-Brazilians are concentrated in the south of Brazil, mainly in the regions of São Paulo, Espírito Santo, Paraná, Santa Catarina and Rio Grande do Sul.
When researching the south of Brazil, I came across a wine festival in a town in Rio Grande do Sul founded by Italians called Caxias do Sul. All this sounded like the perfect excuse for me to continue my trips to find vestiges of European cultural and linguistic minority traditions in Brazil.
With that I booked a flight to the state capital, Porto Alegre, and headed northwards by bus to discover Brazil’s wine region, as influenced by Italian settlement.
Moreover, I was hoping to see if I could find some speakers of an Italian dialect called ‘Talian’ which is an amalgamation of several Venetian dialects with Portuguese.
So would I be really able to find a little slice of Italy in provincial Brazil?
With the beginning of the demise of the slave trade in the mid-19th century (although slavery continued in Brazil until almost the end of the 1800s), the Brazil government started to look at alternative sources of labor for Brazilian landowners.
The Brazilian government begins to stimulate European immigration with most new immigrants being Germans, Italians, Spanish and Portuguese (especially from the Azores). As a result, Germans, Italians, Poles and Ukrainians populate the south of Brazil.
Another driving force for new European immigration was the 1835 Ragamuffin War (Guerra dos Farrapos in Portuguese). This was a war for independence from Brazil in Rio Grande do Sul and later Santa Catarina. The war lasted 10 years and left 20,000 dead.

The beautiful botanical gardens of Curitiba, Paraná where the local accent is heavily influenced by Italian – leite quente or ‘hot milk’ is a favorite expression for hearing the accent’s distinctiveness
In fact, Rio Grande do Sul still has towns named after the separatists, e.g. Bento Gonçalves and Garibaldi. These towns are now the heart of Italian-Brazil in Rio Grande do Sul.
Nice-born Giuseppe Garibaldi was an Italian who fought with the separatists in Brazil and later returned home to successfully fight to unite Italy. He was one of the leading figures in the ‘Risorgimento‘ or ‘unification’ of Italy.
The Brazilian government, therefore, gave plots of land to these new European immigrants as a bulwark against separatism and invasion from neighboring Spanish-speaking countries in the south of the country.
I began my trek towards the Italian part of Rio Grande do Sul by flying to the state capital, Porto Alegre. Caxias do Sul lies about 2 hours drive to the north of Porto Alegre.
A Festa da Uva or the ‘grape festival’ is a bi-annual wine festival held in Caxias do Sul. When I read about it online, it immediately conjured up romantic memories of rustic wine festivals common across Italy.
However, a Festa da Uva was not what I was expecting – full of commercial vendors and very little tasting of wine! 🙁 It was also almost entirely devoid of the city’s youth resembling a farming industry symposium rather than convivial wine festival. The Rainas (beauty queens) of the festival parade of Caxias do Sul
Abandoning the so-called ‘wine festival’ after 2 hours, I headed back to the center of Caxias do Sul to explore the town’s Italian heritage and what I found pleasantly surprised me.
While the architecture of the modern town is typical of Brazil, the majority of the people and the food were quintessentially Italian. 🙂 The local inhabitants really looked northern Italian, just a little taller than the Venetians of today.
In fact, many locals refused to accept that I was a foreigner in Brazil due to the closeness in our physical appearances. Many a time I heard the accusation: “Você é Paulista!” (“You are from São Paulo!”). Although I would contest that I really have a São Paulo accent in Portuguese, it was definitely a first for me in Brazil! 😀
In the town center, I watched an educational and colorful parade outlining the trials and tribulations of the history of Italian settlement in the area. This was by far the highlight of the ‘wine festival’ for me.
Part of my trip to the Festa da Uva was to also to search for traces of a fabled Italian dialect, unique to Brazil, called ‘Talian’. Talian is described as a mixture of Venetian dialects with Portuguese influences.
On day 2 of my stay in Caxias do Sul, I headed westwards to the towns of Garibaldi and Bento Gonçalves. Both are renowned for their wine production.
The food and wine here were fantastic! 🙂 All was forgiven after the disappointment of Festa da Uva. Moreover, the rolling hills and local architecture really did resemble parts of northern Italy. Entering the wine mecca of Brazil – Bento Gonçalves!
While taking a tour of the wine country with a local taxi driver, I broached the subject of whether Talian was still spoken in the region. To my joy, the driver replied that he in fact speaks it dailyit as his wife is also a native speaker of this unusual dialect.
In this video from my YouTube channel that I made with my driver, you can hear a short conversation in Talian. 🙂
Brazil and Italy definitely shares some cultural traits. They are both completely obsessed with soccer. Neither country is known for its efficiency, punctuality and political corruption is a long standing issue in both of them.
Surprisingly the most ‘Italian’ part of Brazil had higher living standards, better infrastructure and less perceived corruption than most of the other provincial parts of Brazil that I’ve visited.
While it is clearly at odds with the stereotypical tourist image of sand, samba and dental floss bikinis that most will have of Brazil, the wine country of Rio Grande do Sul is beautiful, has delicious food and friendly Italian-looking locals. I can definitely recommend that you pay it a visit! 🙂 Wonderful Italian food in southern Brazil – even the local wine was like in the ‘old country!
Have you ever been to this region of Brazil and experienced it’s distinct Italian, German, Polish or Ukrainian heritage? Ever discovered a minority language or culture in Brazil or any other country? I’d love to hear about your adventures and experiences. Write them in the comments section below this article! 🙂

Leggi quest’articolo in italiano!
← How to Recognize the Difference between Politeness and Friendliness when Traveling in Eastern Europe How to Seduce a Local when Traveling! →