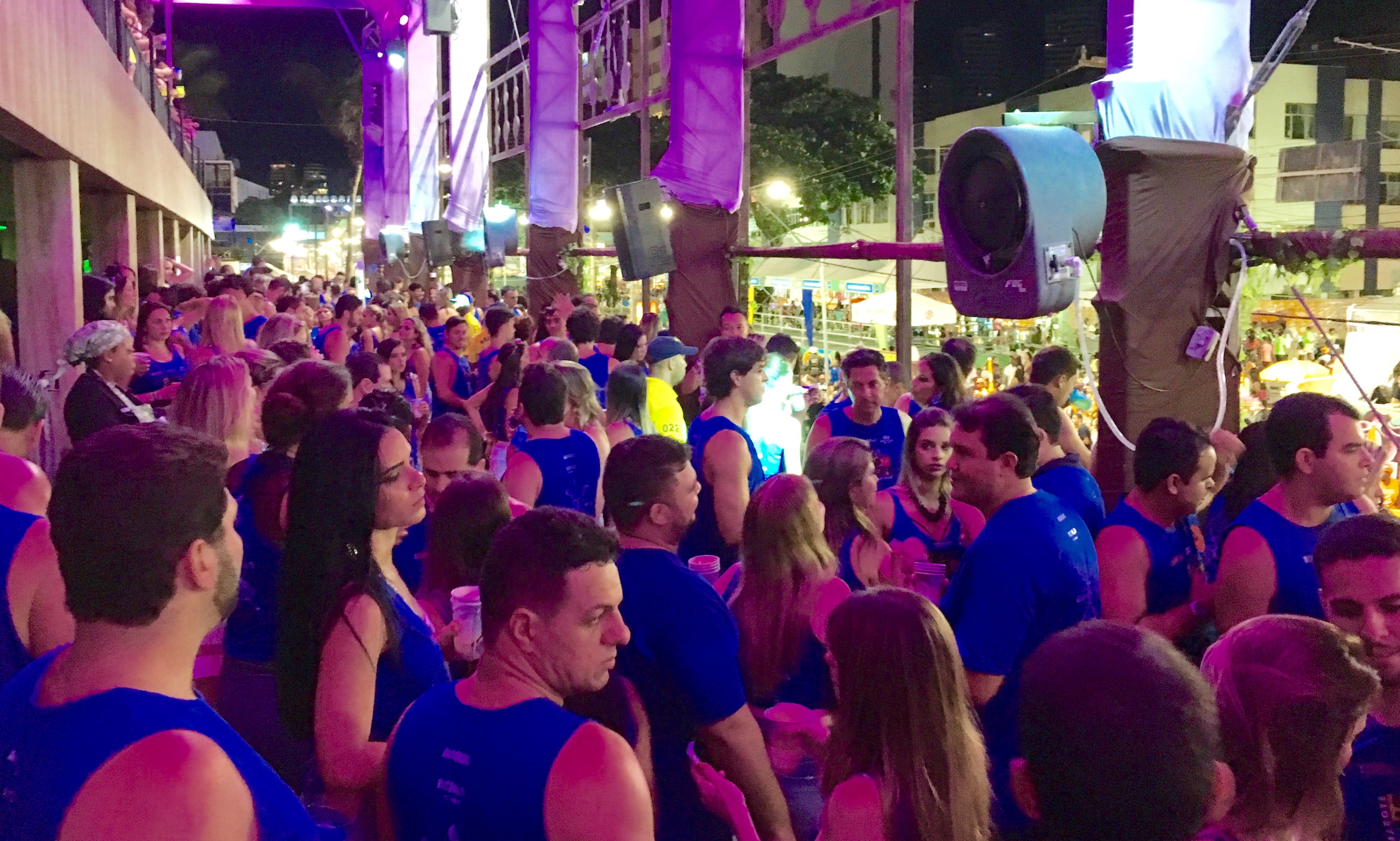 Carnival in Salvador de Bahia – Stop 1 of the Dream Carnival

Salvador de Bahia (or simply “Salvador” for short) is a city with a population of 3 million inhabitants and a former capital of Brazil before that was moved to Rio de Janeiro (and later to Brasília). Salvador was the first slave port in the Americas and approximately 5 million Africans were forcibly brought to Brazil before the abolition of the slave trade.
This has left an indelible mark on the local culture of Salvador. The city has an unmistakable West African flavor in its people, music and cuisine. 75% of the city’s population identifies as black or mixed race. The local music and dance is infused with percussion brought from West Africa, like axé and capoeira. The iconic local specialties are acarajé, bobó de camarão and moqueca. West African influenced street food called “acarajé”, Salvador de Bahia, Brazil
The Bahian carnival is known as “The biggest carnival in the world” (“o maior carnaval do mundo”) and Salvador being the state capital is where most of the action occurs. It is probably the most popular carnival with Brazilians (as opposed to international tourists who normally choose the Rio carnival over Salvador’s).
This carnival’s revelry centers around “trio elétricos” which are musical floats featuring some of Brazil’s most famous singers and musicians. It’s possible to get really close to the trios by purchasing an “abadá” (a special t-shirt that acts as an entry pass) or you can watch the different performers from a VIP stand called a “camarote”. Floripa – the calm before the carnival storm in Lagoa da Conceição, Brazil
I landed in Salvador on a flight from Florianópolis, Santa Catarina which lies in the south of Brazil determined to hit the ground running on this high-paced 3 city carnival blitz. My accommodation was a beautiful guest house (“pousada” in Portuguese) near to the Pelourinho (the historical center of Salvador). Street view from my “pousada” in Salvador de Bahia, Brazil
For the first night, I had bought an “abadá” for my favorite camarote called “Camarote Salvador”. The camarote is located near to the Barra district. Security is a major concern during carnival in Brazil and in particular, in Salvador but fortunately my taxi driver was able to get me within 200 meters of camarote’s entrance so no risks taken. The beach area at Camarote Salvador
The camarote is effectively an exclusive concert venue. It features a large indoor clubbing area with leading international DJs, a beach area with live bands and DJs, two balconies facing onto the Barra/Ondina carnival circuit (where all the band on the “trio elétricos” will stop and perform on their route), a chill area with masseuses and a food court. All food, drink and massages etc are included in the price of the abadá and the party lasts almost 12 hours so its pretty easy to overindulge while there … and yes, I did available of the masseuses several times. 😀 Partying for almost 12 hours straight requires some R&R – massage in Camarote Salvador
For the second night in Salvador, I decided to go ‘pipoca’, which literally means ‘popcorn’. This simply involves hanging out on the street without access to a camarote or bloco. The expression is an amusing way of describing how people resemble popcorn when jumping up and down to the axé music of carnival.
Going ‘pipoca’ is a very different experience to extravagance of a camarote. There’s no VIP treatment or security provided when you’re on the street so I had to stay extremely vigilant and especially not drink to excess. Being on the street allowed me to join in the revelry with those who cannot afford a place in a bloco or camarote (especially are super expensive).
On the other hand, Salvador is a violent city in general and this is also the case during the carnival. There is a very heavy police presence but this does not deter theft and assaults. I personally saw the police shoot at one suspected pickpocket. I didn’t hang around to see if he survived or not. 🙁
The first two nights of carnival in Salvador were electric! After a few hours sleep after Friday night, I rushed to the airport to catch my flight to Recife. Next party: O Galo da Madrugada (the biggest street party in the world)! Click above to read about Leg 2 of my Dream Carnival: Recife/Olinda! Click above to read about Leg 3 of my Dream Carnival: Rio de Janeiro!
← Молдова - рай для полиглотов? Carnival in Recife/Olinda - Stop 2 of the Dream Carnival →